Several months back Gregor installed a beautiful Victorian cast iron WC cistern for me. However, it never flushed. Yesterday, when Gregor complained about the lack of things to do, I suggested he return to the faulty flush.

Gregor set about his investigation. The photo below indicates the point of failure: a rusty metal pipe with a big hole in it. Not only would the cistern never fill as water escaped down the hole, but even assuming it did fill, the syphonic flush would never have worked as air would have rushed in through this hole, so the water would not be lifted up inside the cast iron bell structure which covers this pipe. 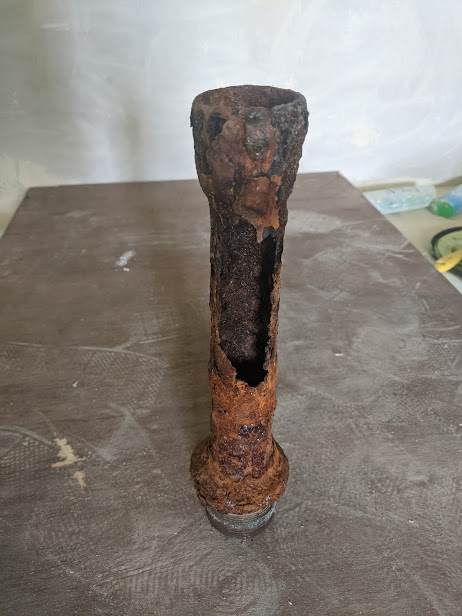 The bell structure below is also very rusty but it is such a massive piece of cast iron the essential structure remains. 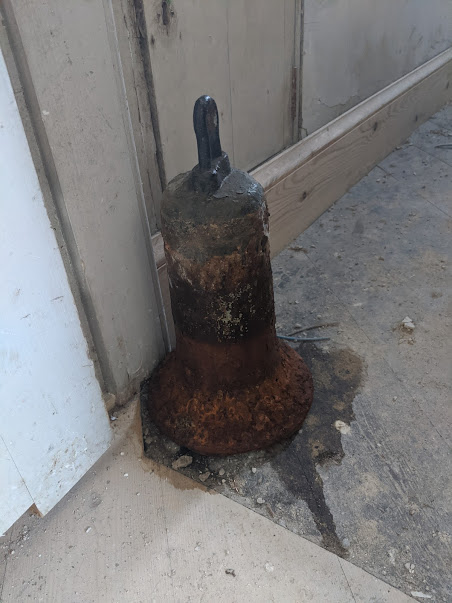 Gregor has stuck a piece of plastic pipe over the remains of the existing metal one. When the sealer has hardened, we can retest. Watch this space!