An archive of historic photographs owned by the Storrier family, has recently been made public. My friend Andrew went to investigate today, and took some rough preliminary smartphone shots of the ones featuring Balintore Castle and Balintore House.

Before they are scanned in high resolution, I thought you would very much enjoy the following preview images. These are, to put it simply, quite wonderful and give a glimpse of Balintore Castle in its full 19th Century magnificence with a full retinue of servants. I had often tried to imagine the scene in my head. There are some surprises - the sheer number of servants for a start. When people asked me the question, I guestimated the full compliment of servants at Balintore to be around 12. In one of the photos, there are 12 women servants and that's just for starters and not even counting the men.

I can't quite work out if there are any castle guests in the photos, or whether these are purely servants and gamekeepers. Can anyone make any identifications of role (from costume) or indeed if anyone can put any actual names to the faces, that would be even better!

I think I can identify the cook (ample figure and not wearing a customer-facing lace cap!); the footman (light jacket with tails), and I love the wee "grouse boy" who is holding three grouse, each of whom is half his size! Obviously, the photos will bear further study - I think I can spot a pair of identical twin maids flitting between the photos. 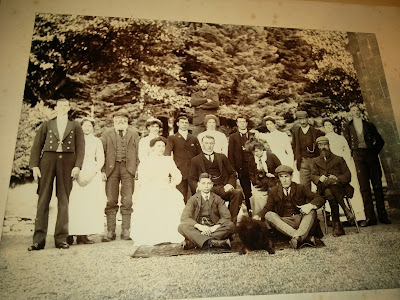 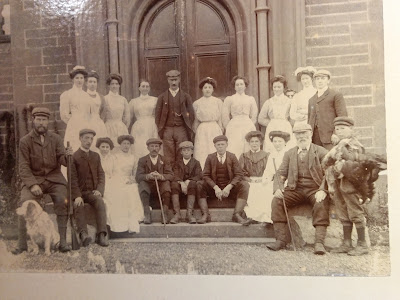 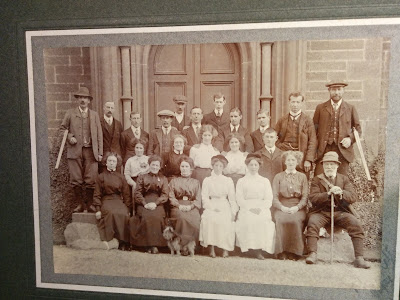 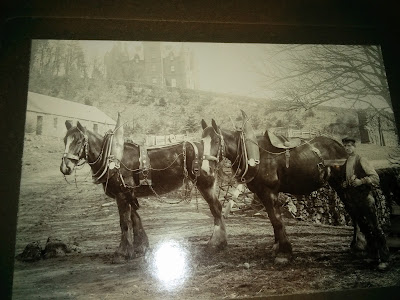 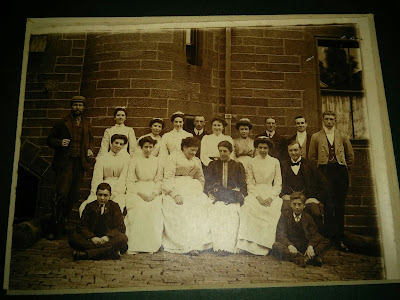 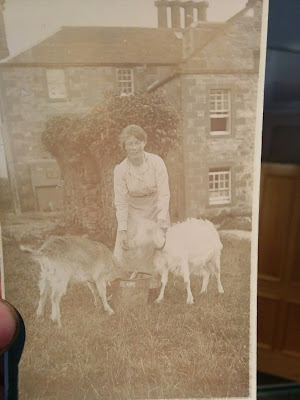